The African American roots of Jekyll Island run deep and trace back hundreds of years. Explore the lives of those that shaped the course of history and the progress they made possible, as told by Mosaic, Jekyll Island Museum. 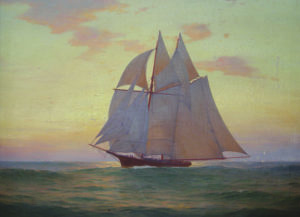 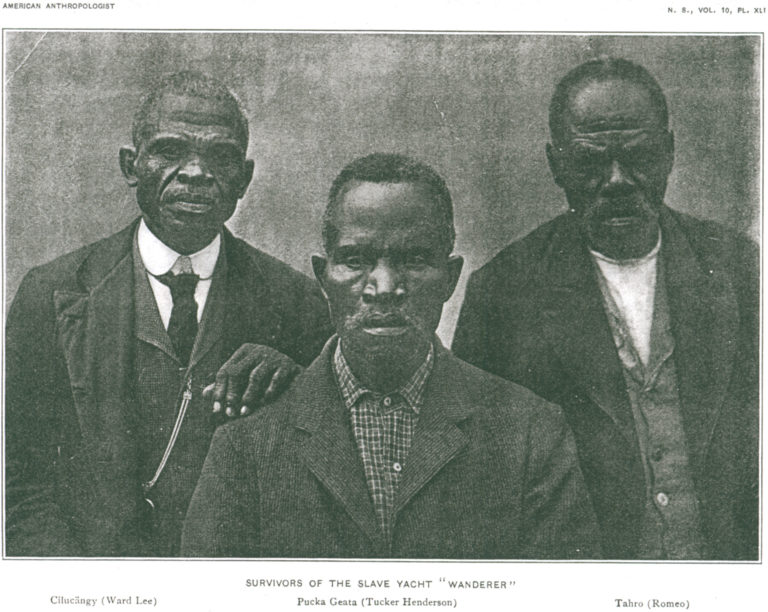 The Water and the Blood

"On November 28, 1858, more than 400 enslaved Africans arrived on the shores of Jekyll Island, leaving behind one deadly journey and beginning another. This is the story of Georgia’s last slave ship and its enduring legacy."

The Jekyll Island Club was founded in 1886 as a private winter retreat for wealthy northerners, but the majority of people living on the island were the hired workers. This workforce included significant numbers of African American employees. By the 1930s, over 77% of the Club employees were African American. For over half a century, Club employees helped to build the resort, run and maintain it, and preserve its stories.
1887
1890s

Soon after the establishment of the Jekyll Island Club, African American housing known as “the Quarters” was constructed on the island. Black employees lived in the Quarters year-round.
1890s

In the Service of Others

"Life was not easy for the workers of Jekyll Island. Their days were spent filling many different roles: maid, cook, chauffeur, valet, nurse, carpenter, and laborer, to name a few. Though it’s impossible to get a true feel for a typical day for the servants toiling in the shadows of the rich and famous—typical days did not exist in the Club Era—a patchwork of anecdotes passed down through generations of Jekyll residents paints a picture of these people who dedicated much of their lives to the service of others."

Charlie Hill, Coachman and Caretaker for the Maurice family of Hollybourne Cottage, was the oldest of the original employees of the Jekyll Island Club. He brought the first group of millionaires to Jekyll, by way of a rowboat, to inspect the island for possible purchase. Then, as an island employee for 51 years, he stayed on to witness the entire span of the Jekyll Island Club.
1891-1942
1900

Daughter of Charlie Hill, Anna Hill grew up on Jekyll Island in a special cottage built for them by the Maurice Family. When she was old enough to attend school, she moved to Brunswick to pursue her education and eventually went on to Atlanta for college. She returned to Jekyll Island in the 1930s to teach the island’s African American children. Hill earned about $50 per month as a teacher and worked at the Club Laundry to supplement her wages. 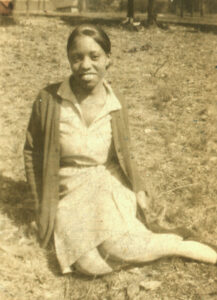 Union Chapel, originally built for members of the Jekyll Island Club, was outgrown almost immediately with the rapid growth of the Club. Once Faith Chapel was built in 1904, Union Chapel was moved to the African American employees’ quarters and used for services.
1904
1916

Red Row, a collection of ten houses with brightly colored red roofs, was built near Union Chapel. In response to a labor shortage caused by World War I, these houses incentivized employees to work for the Club and have their families live and attend school on Jekyll Island. Red Row residents often stayed on the island year-round, with free run of the island for nine months of the year. 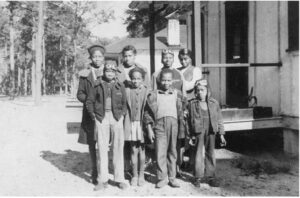 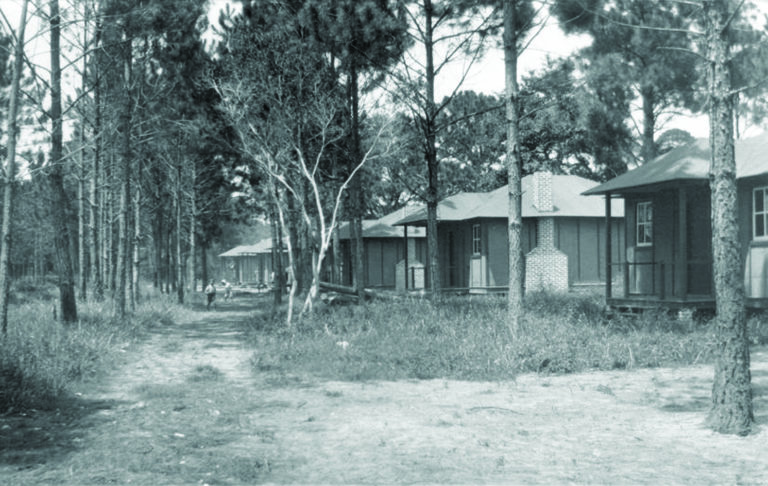 "By World War I, the Jekyll Island Club had trouble holding on to black employees, many of whom left for better-paying jobs. To address this concern and to provide lodging, the club built Red Row: ten simple wooden houses that employees could lease for a fifty-cent dock in pay ($1 instead of $1.50 a day). The name came from the red material, Barrett’s Roofing Felt, that covered the roof and exterior of the homes."

Golf caddies were instrumental in providing a successful experience for players on Jekyll Island golf courses during the Club Era. In 1930, these seasonal employees were built a dormitory for $16,000. In addition to the living quarters, meals, and night school were available to the caddies. 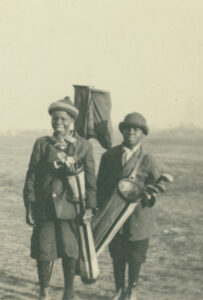 As a result of complications caused by World War II, the Jekyll Island Club closed early during its 1942 season, becoming its final operating season.
1942
1948

Opens as a State Park

As a result of complications caused by World War II, the Jekyll Island Club closed early during its 1942 season, becoming its final operating season. 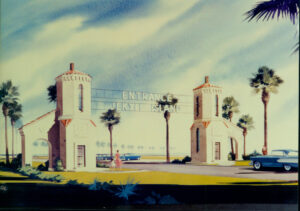 St. Andrews Beach became the only public beach in Georgia open to African Americans and one of only a few such beaches on the East Coast.
1950 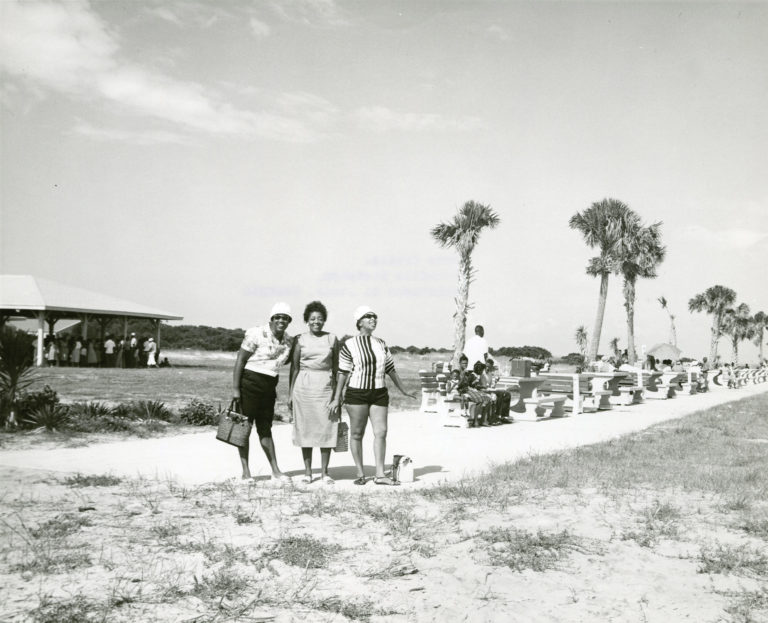 "In 1948‚ Pittsburgh Post-Gazette reporter Roy Sprigle traveled undercover through the South to report on life under Jim Crow. Three thousand miles into his journey‚ he reached Brunswick‚ only to learn that “along all the hundred miles of Georgia’s coast line with its scores of beautiful island and shore beaches‚ there’s not a single foot where a Negro can stick a toe in salt water.” Indeed‚ the fine for swimming in the ocean was $50. Not long before Sprigle’s arrival‚ three young women were arrested for simply trying to swim at a Glynn County beach."

In 1955, a Beach House located on the South End of Jekyll Island became available to African Americans on a segregated basis. The Beach Pavilion opened on September 25, 1955, to great fanfare, as St. Andrews Beach became the first public beach in Georgia to welcome African Americans. 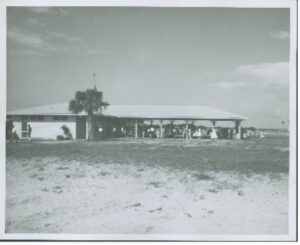 The St. Andrews Beach Corporation developed the Dolphin Club into a notable black-owned beach resort. In 1959, the Dolphin Club and Motor Hotel opened for business. It was soon leased to Dave Jackson. Under his management, the Dolphin Club Lounge became a hot spot for music. Local dance bands regularly performed there, as well as many of the nation’s top entertainers, including Clarence Carter, Tyrone Davis, Mille Jackson, and Percy Sledge. 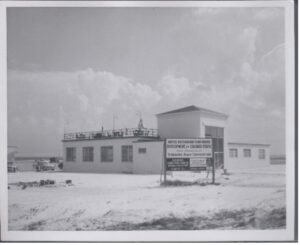 Dr. J. Clinton Wilkes challenged the idea of “separate but equal” facilities on Jekyll Island. When he hosted the Black Dental Association of Georgia on the island, the St. Andrews Auditorium was quickly built to accommodate the group.
1960 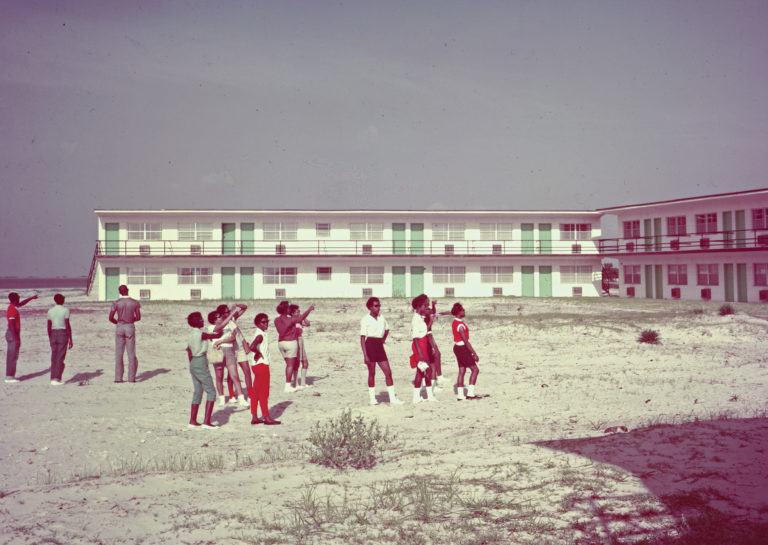 "In the 1960s, it was a beach playground for black Americans. Then it became a place for children to learn about the teeming life on Georgia’s barrier islands. Now this well-trodden plot of land gets another makeover, as a state-of-the-art youth and learning center truly worthy of the name “camp."

On July 27, 1964, Federal Judge Frank A. Hooper ordered the immediate integration of all state-operated facilities on Jekyll Island, helping set a precedent for the integration of Georgia and the rest of the South.
1964
1964

In 1964, An Otis Redding Concert was held at the St. Andrews Auditorium to raise funds for the Southeastern Golf Tournament, known as “The Classic.” The tournament was an annual event from 1964 to the early 1980s. This competition lured many black golf pros to Jekyll Island, including Nathaniel Starks, Chuck Thorpe, Lee Elder, George Johnson, Jim Dent, Jim Thorpe, Calvin Peete, and more. 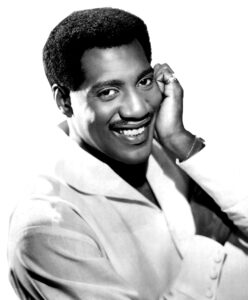 When B. B. and Otis Played Jekyll

"St. Andrews became more than a simple summer hangout, though. It also served as a regular stopover on the Chitlin’ Circuit, the informal name given to a series of venues, many in the South, where African-American musicians and entertainers performed to black crowds during the Jim Crow era. Local historians say blues great B.B. King and Georgia-born Otis Redding were among the national acts to perform at St. Andrews beach on the circuit."

The Wanderer Memorial was created to honor the survivors of one of the last known slave ships to land in the United States. The 150th anniversary of the landing was commemorated by the installation of a sculpture dedicated to the survivors of that voyage.
2008
2018 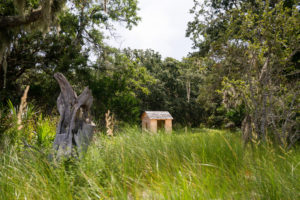 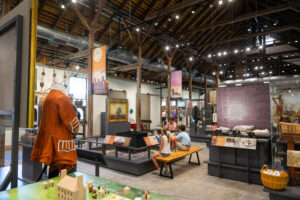