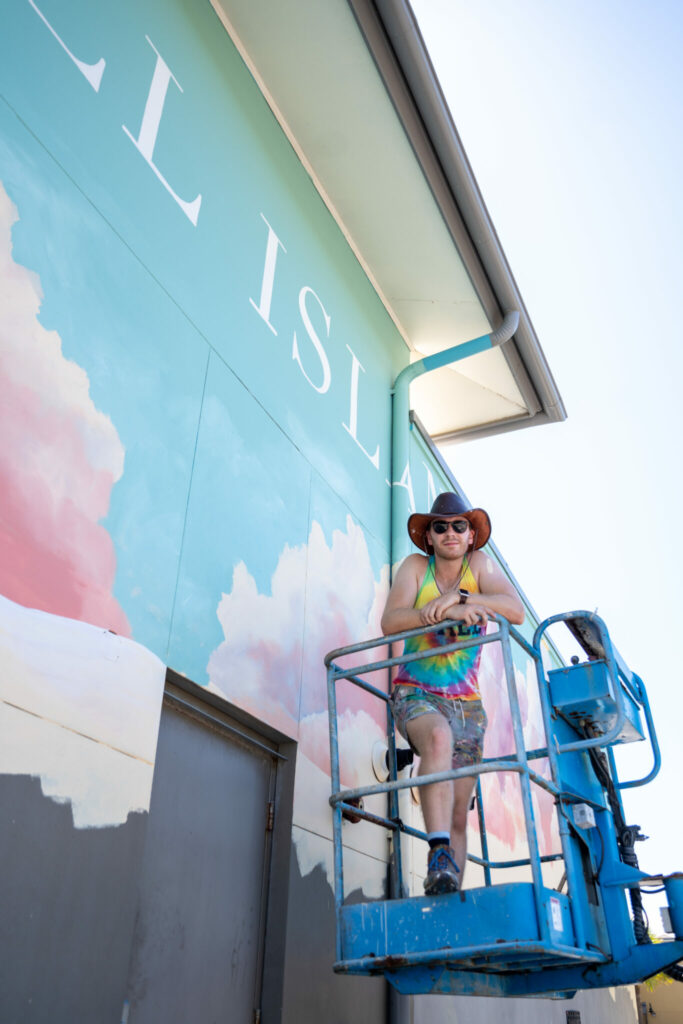 When Wylie Caudill was tapped to create a mural in the Beach Village, commemorating the 75th anniversary of Jekyll Island becoming a state park, his initial thoughts were selfish.

“I was really excited to have my own mark on the island and be a part of it in that way, and to be a permanent part of Jekyll Island,” he says with a laugh.

Caudill’s mural sits oceanside on a north-facing wall in the Beach Village, becoming the latest example of ties to the island that run deep. His great grandmother, Tallulah “Tallu” Fish, was a journalist who founded Jekyll Island Museum in Indian Mound Cottage, the former home of William Rockefeller in 1954. It was the island’s first museum.

“She moved onto the island not long after all the Rockefellers and the wealthy people had left,” Caudill says. “She started that museum, wrote about it, and really helped launch and revive Jekyll Island.”

Although he was raised in Cynthiana, Kentucky and now calls Louisville home, Caudill’s childhood summers belonged to the island. His memories are filled with long days spent shell hunting, exploring Driftwood Beach, and watching the sunset on the pier nearly every night. Vanilla fudge treats at the Island Sweets Shoppe in the Historic District dot his memories, along with time spent with his extended family. It’s those nostalgic impressions of his “home away from home” that Caudill hopes to capture with his mural.

“I do hope that it becomes a small staple of the island, a small landmark that people will get to be familiar with and will be part of Jekyll Island that fits in, as opposed to standing out as its own thing,” says Caudill, who considers himself more of an interactive public mural artist because he loves it when people are part of the art. “I really want it to feel like it belongs on the island.”

That sense of familiarity informs much of Caudill’s mural work, which is vibrant and textured with a whimsical sense of intimacy, and can be spotted at various businesses around Kentucky. He was “surrounded by art” growing up, and hails from a long line of artists. His grandmother was a portrait artist and all her daughters were artists; actors, musicians, and quilters. He’s always had a knack for drawing and painting, and has been doing it his entire life, although when he attended college at Eastern Kentucky University, he majored in broadcasting. But art was in his blood, and he quickly became campus-famous for his chalk art murals, which he was doing around the school almost weekly. He says he was creating the murals for fun, and never considered they’d land him a viable career in the arts. Upon graduation, that changed.r in the arts. Upon graduation, that changed.

“I had so many inquiries about doing personal commissions for people and I got a few inquiries about doing murals, so I started doing that,” he says. “Then I realized that I could do this full time. It happened very organically. I never really made that decision of ‘I’m going to be an artist.’ I think it just occupied my time until it was everything I did.”

Caudill says he spends a lot of his initial design planning thinking in terms of backdrops, how the mural will photograph, and where people might want to stand next to it, and he’s especially excited about bringing his piece to life in Jekyll Island.

“My plan is to capture Jekyll Island in its essence as I’ve always seen it,” he says, “which is this beautiful, relaxing, really unique place.” 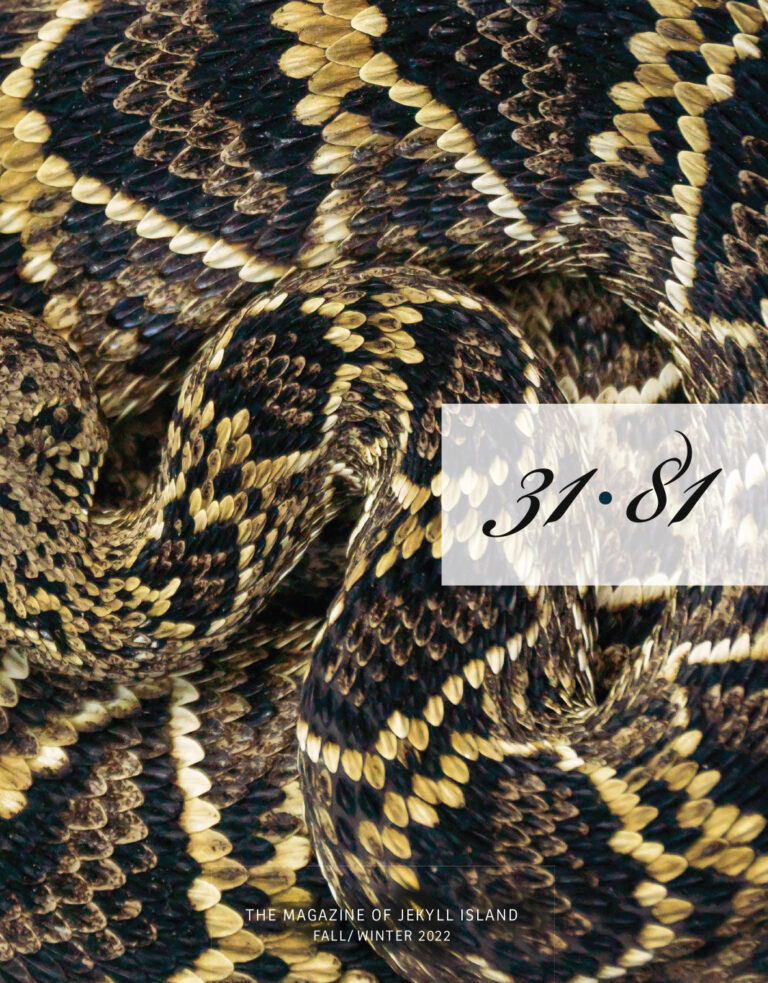