Home
/
Magazine
/
Shades of the Past

Shades of the Past 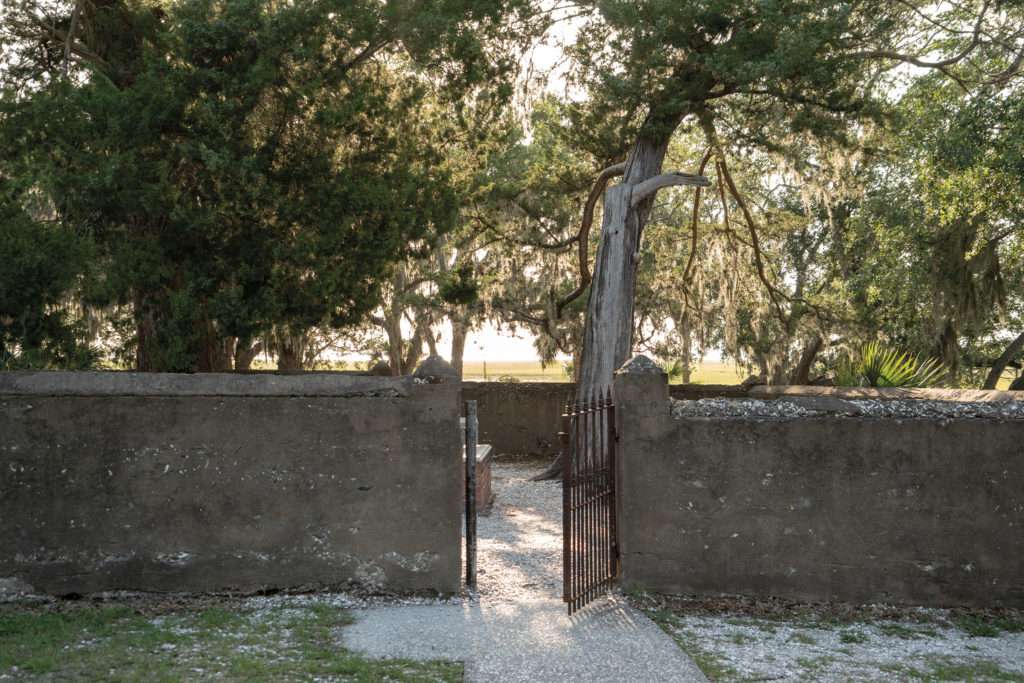 Past residents of Jekyll Island revisit us in stories—and maybe a passing scent, a set of footprints, or a pair of eyes carved in stone

It was almost midnight when I pulled my car off the deserted causeway and onto the shadowy roads of Jekyll Island.

The Spanish moss hung over the lane like a tattered veil through which I pushed on to the historic district. The air was still and thick with mid-July humidity, creating a haze that nearly smothered the incandescent street lamps, casting the quiet village in an otherworldly glow. I had never been to the island before, so whatever the darkness concealed was a complete mystery to me. Every moan of an old toad, every rustle in the brush tugged at my imagination. Chills on a stifling Georgia summer night.

Car parked, I slung my bag over my shoulder and made my way toward the brightly lit Jekyll Island Club Resort. As my footsteps creaked up the wooden steps, echoing down the long halls of that 130-year-old building, I felt a jolt of excitement shoot across my nerves. It was the electricity of history—the thrill of sharing the structures and the soil beneath them with generations of souls who have built up, lived on, and visited the island. Suddenly the atmosphere felt heavy with more than just moisture.

Reading up on the island’s past and talking to locals reaffirms the sense that we are sharing this Golden Isle with lingering spirits. In fact, I found that many of these ghosts—to say the word outright—have faces and names and stories behind them. For instance, while searching for a parking spot, I passed Villa Ospo without suspicion that the spirit of oil tycoon Walter Jennings, who died in the house after a car crash in the 1920s, might be watching. I never waited around outside to catch the scent of cigar smoke from Sans Souci cottage, on the opposite side of the historic district, where the specter of financier J. P. Morgan is said to smoke on the balcony of his former residence on the middle floor.

One of the island’s most famous ghost stories involves Jekyll Island Club member Edwin Gould, a railroad magnate. In 1917, his son, Edwin Gould Jr., was hunting with a friend near Latham Hammock, where the Jekyll tollbooth stands today, when he found a raccoon in one of his traps. He did not want to ruin the coonskin with buckshot, so he quickly dispatched the animal with the butt of his shotgun. The gun went off accidentally, shooting Eddie Jr. in the lower abdomen. His friend panicked and nearly capsized the boat on the row back to Jekyll. But it didn’t matter for the young heir, who succumbed to his wounds. His devastated family abandoned their lavish residence, Chichota Cottage. Today, all that remains of the structure are entrance steps guarded by two stone lions, whose unblinking eyes watch as if waiting for the son’s return. A whiff of the tragedy also lives on at Cherokee Cottage, where his grandmother resided. “Eddie Jr. would always bring his grandmother Cherokee roses,” says Cheltsey Vann, education coordinator with the Jekyll Island Museum. “Now, around dusk, the time he passed, you can smell the flowers around the Cherokee building.”

The historic district does not hold the monopoly on island hauntings. To the north stands the Horton House, the gutted remains of the oldest structure on the island, a setting that could have been the backdrop for any classic Gothic horror film. Built in 1743 by Major William Horton, a top military aide to General James Oglethorpe, the building’s shell is weathered and time-scarred. There is no roof, and as the sun sets over the mainland, the tabby walls seem to close in. Shadows fill the empty windows and doors, inviting you to do a double take to make sure no one or thing is watching you leave.

Directly across the road is the DuBignon Cemetery, named for the family that owned Jekyll from 1790 to 1886 and once lived in Horton House. The walls of the graveyard are the same tabby as the house, protecting only five graves. Three are large brick and marble tombs dedicated to members of the vaunted namesake family—Anne Amelia DuBignon, Marie Anne Ruffault, and Joseph DuBignon—all of whom died in the 1850s. Two smaller headstones stand in the back of the cemetery, behind two tall and twisted pine trees. The stones mark the burials of two hotel employees who drowned while the waitstaff was swimming off the island in 1912. Waiters sharing their final resting place with aristocracy would seem like poetic justice. However, a local story has it that when scientists scanned the cemetery with earth-penetrating sonar, none of the five graves were found to contain bodies. Whether that’s true or not, Vann says that something seems to call these hallowed grounds home. “Several photos have been taken that contain ghost orbs in and around the cemetery,” she says.

Ghost hunters shouldn’t skip the beach. A story from the 1910s centers around William J. Hart, an assistant superintendent in charge of maintaining and protecting the island’s wildlife for hunters. Hart was patrolling the beach early one morning when he came upon two poachers stealing turtle eggs, a valuable delicacy. Hart confronted the men and a scuffle broke out. One of the poachers pulled a gun and shot Hart dead. His spirit is said to still patrol Driftwood Beach at dawn, any spectral footsteps quickly wiped clean by the waves.

For every spooky tale established in local lore, there are countless others that have not been recorded. Happenings or sightings can last for a mere instant and be shrugged off or explained away.

Every Creek Indian who once roamed these woods, the wealthy blue bloods of the Gilded Age, and all the tourists and residents who have come since have left part of themselves on this island. And whether you believe in the supernatural or a connection between this world and the afterlife, it’s hard to ignore the shadow you spot moving in the trees at dusk, the faint passing smell of a cigar or a Cherokee rose, or just the feeling that when you are walking on Jekyll Island, you are not walking alone.

You don’t have to wait for spirits to make contact. Seek them out on these adventures.

Jekyll Island Club Resort Ghost Hunt Weekend
The historic hotel gets in the spirit every October, inviting guests to stay at the property, take a class on ghost hunt fundamentals, and apply what they’ve learned around the
island. 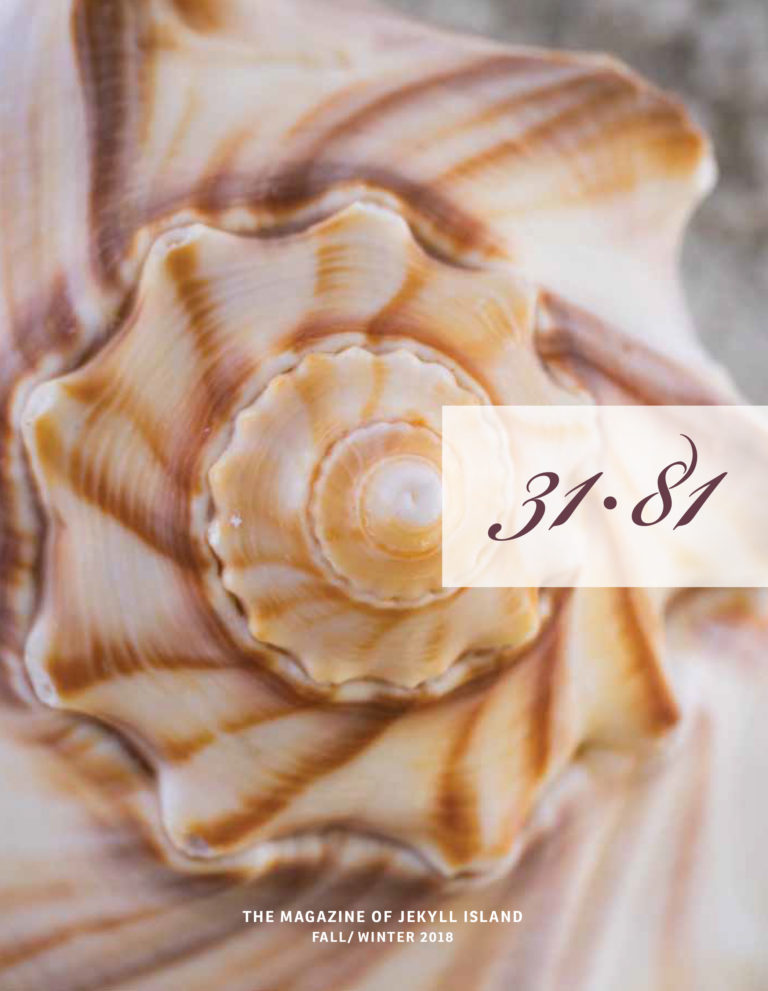