Philanthropic Champion: The Atlanta executive honors his roots through work with the Jekyll Island Foundation

Hank Linginfelter has always cherished his childhood on the Georgia coast. He grew up on St. Simons, where he and his three brothers were free to walk to school or the ballpark to play baseball, or to the beach where he could swim, crab with seine nets, and watch from the pier as the fishermen brought in the daily catch. He remembers there was a church near his house that would ring its bells every day at 6 p.m. “When the church chimed,” he says, “that’s when we needed to be home.”

In 2009, after three decades building a career and family in Atlanta, Linginfelter heard the bells of the Golden Isles calling him home once again. An executive vice president for Southern Company Gas, he was on his way to Jekyll for a thirty-year reunion for his class at Brunswick’s Glynn Academy when, while idling on the bridge to pay the island’s entrance fee, his car was nearly hit by an oncoming vehicle. He decided to call his old friend Jones Hooks, executive director of the Jekyll Island Authority, to give him a hard time. Hooks seized the moment; rather than complaining about traffic, Hooks half-jokingly told him, Linginfelter ought to join the nonprofit Jekyll Island Foundation. And so he did.

In his current home city, Linginfelter is no stranger to community involvement; he sits on the boards of the Metro Atlanta Chamber of Commerce, the Boy Scouts Atlanta Area Council, the Atlanta Symphony Orchestra, and the Georgia Tech Advisory Board. Joining the Jekyll Island Foundation, which aids conservation and historic preservation efforts on the island, helped reconnect him with his past. Linginfelter’s father had worked as a manager for the Atlanta Gas Light Company in the Golden Isles; the family would head to Jekyll for company picnics. Jekyll was also where young Linginfelter would go for his high school dances and proms, at the old convention center. “I have a deep connection to the island from those experiences,” he says.

Linginfelter came aboard the foundation in summer of 2011 and was thrust almost immediately into the chairmanship. His task was to make the organization self-supported and proactive. According to fellow member (and former chair) Buff Leavy, Linginfelter didn’t hesitate to take the reins. “He can be a man of action when he needs to be decisive,” says Leavy. “But he does it in a very genteel way. He is a great listener, a compassionate leader, who always knows when to pick up the ball or assist others and pat them on the back when they do a good job. He was also a perfect fit because he grew up on Jekyll. His heart was in it—he knew how perfect Jekyll is.”

Even after leaving the chairmanship in October 2013, Linginfelter has remained a force on the foundation. Over the past seven years, he has helped raise funds to relocate and renovate the historic Skeet House, a gathering spot for skeet shooters during the Jekyll Island Club era; to preserve the diamondback terrapin and the Wilson’s plover; and to build the Horton Pond wildlife viewing area and nature trail. The foundation’s biggest initiative—perhaps its largest undertaking since the establishment of the Georgia Sea Turtle Center in 2007—has been the revitalization of the Jekyll Island Museum. So far the campaign, known as Jekyll Island Mosaic, has raised more than $3.1 million to redesign the museum’s interior, build an outdoor education center, and revamp programming to illuminate the human and environmental wonders of Jekyll. “I just think we need to make the space as welcoming as possible,” he says. “It will give people a full understanding of the natural and man-made history of the island.”

Meanwhile, Linginfelter has been revisiting his own history. He and his wife now own a cottage on St. Simons, where they hope to retire and stay engaged on Jekyll.

“I believe that when you retire, you should be where you can build lasting friendships and contribute,” he says. “Tourists love to come to Jekyll, but it’s not necessarily a tourist’s place. Jekyll is a true community.” 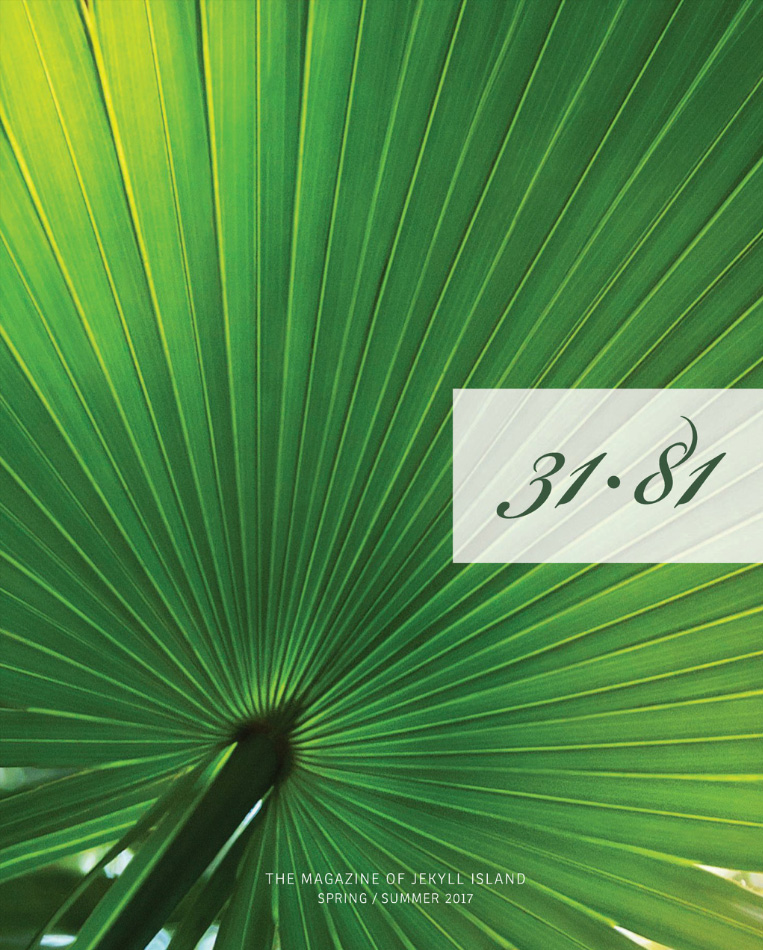