It was Monday, September 15, 2014, and Yank Moore was at his desk on the second floor of the Jekyll Island Authority offices, staring at his computer, trying to solve a mystery.

Moore is the conservation land manager for the Jekyll Island Authority, and as part of his job, he makes daily patrols of Jekyll’s beaches, dunes, wetlands, and woods. He is familiar with every form of fauna, from ghost crabs to feral cats, that roams the island. But in the late summer and fall of 2014, he had begun to notice strange tracks in the sand among the brush just beyond the beach on the island’s south side—partial paw prints that seemed too big for a fox or feral cat and shaped unlike those of any dog he’d seen. On this morning’s patrol, he had collected ten motion-activated cameras that he had scattered across the island as part of a detection network to document rare or invasive wildlife. Moore was hoping that somewhere among the 10,000 or so photos on these cameras, he might just catch a glimpse of the mysterious beast.

Bracing himself with a cup of coffee, Moore prepared to page through the first hundred or so pictures on the disk retrieved from the first camera, which had been strapped to a tree south of Summer Waves Water Park. He quickly slid into a rhythm, so much so that by the time he realized he might have found what he was looking for, he was already several clicks ahead. He riffled back through the slideshow—and there it was. At the bottom of a shadowy black-and-white snapshot stamped 5:49 a.m., a feline eye glowed in the camera flash. The cat striding through the brush was about three to four feet long and maybe twenty to thirty pounds, too big to be a house cat or feral cat. It had spots like a leopard, but its pointed ears and stubby tail were a dead giveaway. Jekyll had a bobcat.

Moore printed off the photo, jumped up from his desk, and ran down the hallway and down the stairs to interrupt his colleagues in a meeting. Like Moore, they were elated. “There was lots of high-fiving,” says Moore.

The reason for the impromptu welcoming party for Jekyll’s newest resident was twofold. First, Moore’s case of mysterious tracks had been solved. Second, and more important, the bobcat sighting signaled the arrival of an apex predator, something the island’s isolated, tight-knit ecosystem had not really had and something that was desperately needed. Without an alpha hunter sitting atop the food chain, rodents, rabbits, and deer multiply relatively unchecked by nature. On Jekyll, white-tailed deer are especially prolific and are the subject of an ongoing study assessing their environmental impact.

Bobcats are extremely adaptable animals found all over the United States, from the mountains of the north to the deserts of the west to the swamplands of the Deep South. The wildcat has historically thrived in the coastal Southeast, but it has not been seen on Jekyll for nearly a century—if ever. “Whether or not bobcats had ever been on the island had been a discussion around here,” says Ben Carswell, conservation director for the Jekyll Island Authority. “It’s part of the discussion as to whether our deer population had ever had a natural control.”

The only evidence Carswell has that a bobcat had ever crossed the Jekyll River was an old black-and-white photo from the early 1900s, a portrait of a taxidermist in the old Game Keepers’ Cabin posing in front of an assortment of pelts, a couple of them belonging to bobcats. Moore’s motion-capture snapshot is the first definitive proof that a living bobcat has ever set foot on Jekyll. Subsequent surveillance footage has shown the carnivorous feline on the causeway, Moore says, so there’s reason to believe the animal wandered here on its own, searching for food away from the bobcat-crowded mainland. And the conservation team hopes it’s here to stay. “The consensus among experts is that predators are good for an ecosystem as a whole,” says Carswell. “That sort of control is something the ecosystem evolves with.”

Carswell and Moore got a good indication that their new predator was laying down roots in January 2016, when the cameras revealed a second, slightly smaller bobcat with fewer spots—a female. Nearly a year later, photos and video captured two kittens bounding through a patch of dead leaves, evidence of the first naturally occurring bobcat reproduction not just on Jekyll but on any Georgia barrier island. The kittens’ arrival was a sign that the species might be here to stay, to help regulate the barrier island’s sensitive ecosystem, at least for the foreseeable future.

On a balmy Sunday afternoon in September, Moore is notified of a call into the island’s twenty-four-hour wildlife response hotline. A man and a woman were walking on the beach on Jekyll’s north end and had wandered off into the woods along an overgrown trail. They had just turned around at a felled tree when they heard a furious rustling in the brush: a bobcat, they said—growling and possibly injured, unable to move.

It’s been three years since Moore first spotted a bobcat on his candid camera, and neither he nor Carswell has glimpsed the nocturnal animal in person. Instead they’ve seen traces: paw prints; droppings, which the wildlife team analyzes for diet (all meat) and DNA (to track lineage); even a deer carcass that had been drug into a shrub thicket for the family to feed on—a sign of a capable predator. So when they report to the secluded trail that evening, they aren’t sure what they will find. But there, thrashing and snarling amid the undergrowth, is one of Moore’s male bobcat kittens in the fur and flesh.

The animal is struggling, its hind legs paralyzed. Still, Moore and company take extreme caution when noosing and sedating it for the hour-long drive to Jacksonville Zoo and Gardens. There, after a battery of tests, the staff veterinarian makes a diagnosis she has never seen before: a rare, non-contagious form of tick paralysis. The parasite is removed, the kitten rebounds, and after two weeks of daily check-ins between the zoo and Jekyll’s wildlife experts, the animal returns to the wilds of Jekyll healthy—and wearing a brand-new tracking collar.

Now, rather than relying on off-chance snapshots, Moore and his colleagues can keep tabs on the animal’s movements and monitor how the new resident interacts with its environs. Thus far, in the few years bobcats have been known to inhabit Jekyll, their cultural paw prints have been minimal. Bobcats tend to steer clear of humans, and so long as pet owners keep dogs and cats from running out of the yard and follow island leash ordinances, they’ll be lucky to know the bobcats are here. There’s been no evidence of bobcats disturbing the nests of Jekyll’s endangered animals, the Wilson’s plover and the loggerhead turtle. In fact, the apex predator may help protect those hatchlings by hunting nest raiders like foxes and scaring off fish crows and ghost crabs.

As for the animal’s overall impact on the ecosystem, Carswell says it’s too soon to tell. “At this point, we don’t know how many bobcats Jekyll can support,” he says. “But the answer will determine the extent of their role, and tracking one will give us some important clues.”

Moore is hopeful the predators can stay and flourish on the island. After all, nature brought them here. “Nature does a pretty good job of balancing itself,” he says. 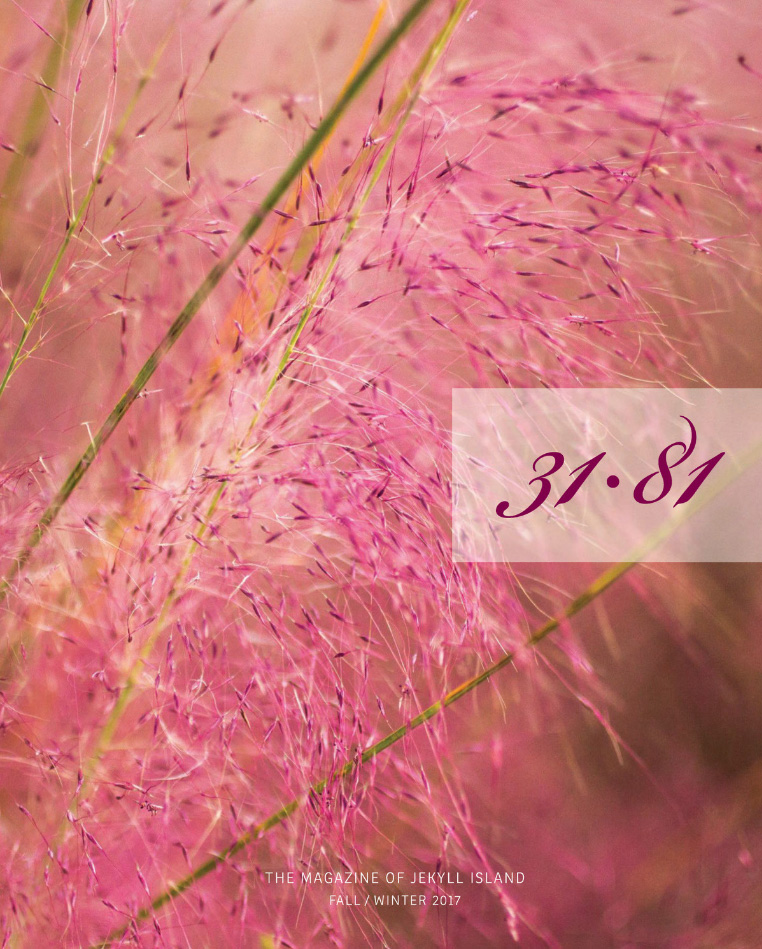